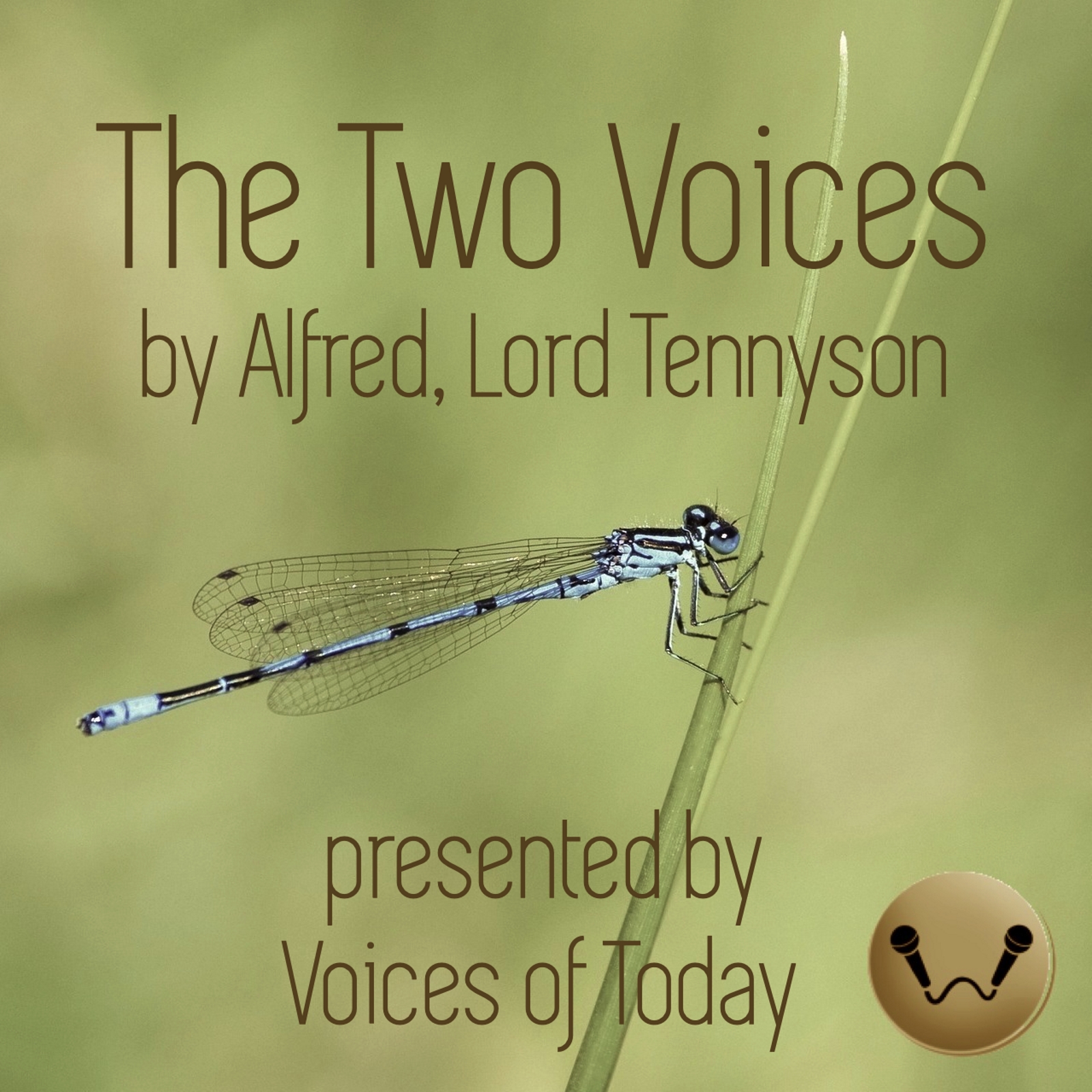 The Two Voices
By Alfred Lord Tennyson
Performed by Leanne Yau and Tom Saer
This autobiographical poem was originally titled 'Thoughts of a Suicide' in manuscript, after the death of Tennyson's close friend Arthur Henry Hallam in 1833, and was published following a dark age of ten years during which Tennyson published no new works. In the poem, a voice in the speaker's head urges and cajoles the speaker to suicide, with the speaker offering up various arguments against the idea, only for them to be discredited one by one by the unrelenting voice. Eventually, the poet finds solace in admiring the world around him, but his inner battles are never quite resolved, leading many to criticise this work for its bleak portrayal of suicidal ideation and indecipherable meaning.
Audio edited by Leanne Yau
This recording may be freely downloaded and distributed, as long as Voices of Today is credited as the author.  It may not be used for commercial purposes or distributed in an edited or remixed form.
For further information about Voices of Today or to explore its catalogue please visit:
Voices of Today